Discography  an investigative technique for Herniated  nucleus  pulposus. Since that time, new imaging techniques that are more appropriate for this diagnosis have been developed. Discography is currently used to determine whether the disk is the source of pain in patients with predominantly axial back or neck pain.[1]

Early studies suggested that discography had a low specificity, but more recent studies have failed to induce pain in asymptomatic controls, suggesting that discography has utility in identifying patients with discogenic pain. Pain reproduction during discography in symptomatic individuals is variable, with a lower incidence of pain reproduction in patients with Disk Degeneration than in those with posterior tears of the Anulus fibrosus or significant Disk Bulges. 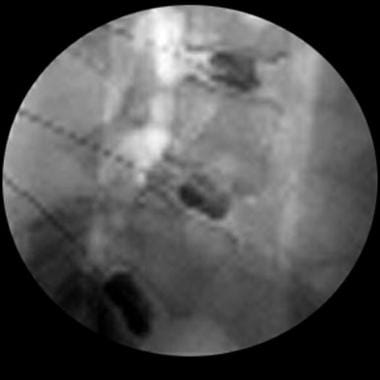 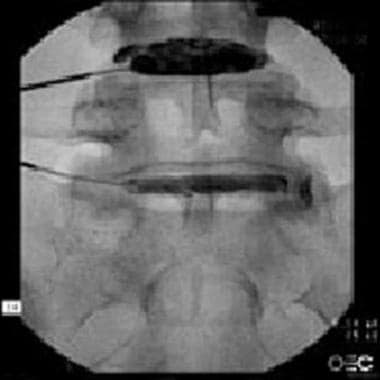 These disks are composed of 4 parts: the Nucleus Pulposus in the middle, the Annulus fibrosis surrounding the nucleus, and 2 End plates that are attached to the adjacent vertebral bodies They serve as force dissipators, transmitting compressive loads throughout a range of motion. The disks are thicker anteriorly and therefore contribute to normal cervical lordosis. 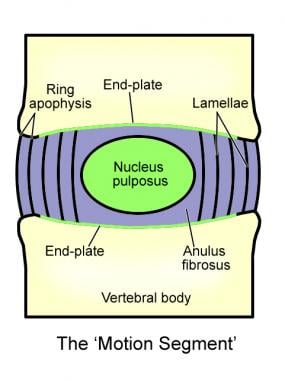 Discography should be performed only if adequate attempts at conservative therapy and Noninvasive diagnostic tests, such as MRI, have failed to reveal the etiology of back pain.